Hypothesized Mechanisms Through Which Exercise May Attenuate Memory Interference

Background and Objectives: Masticatory limitations on the dietary habits of edentulous subjects restrict their access to adequate nutrition, exposing them to a greater risk of protein energy malnutrition. The aim of this study is to verify the existence of an association between Masticatory Performance (MP) and nutritional changes in the elderly. Materials and Methods: 76 participants were enrolled. MP testing was performed using the two-color chewing gum mixing test. The system used reveals the extent to which the two differently colored chewing gums mix, and allows discrimination between different MPs. The assessment of the participants’ nutritional statuses was carried out through a food interview. Anthropometric parameters were collected, and bioimpedance analysis was performed. Results: Mean MP was 0.448 ± 0.188. No statistically significant differences were detected between male and female subjects (p > 0.05). According to the Body Mass Index (BMI), obese patients had a lower MP than overweight and normal weight subjects (0.408 ± 0.225, 0.453 ± 0.169 and 0.486 ± 0.181, respectively). MP values were lower both in male and female subjects with a waist circumference above the threshold than those below it (0.455 ± 0.205 vs. 0.476 ± 0.110, respectively, in males and 0.447 ± 0.171 vs. 0.501 ± 0.138, respectively, in females). No relationship was noticed between MP and bioimpedance parameters (p > 0.05). Conclusions: A statistically significant relation was observed between MP and the number of missing teeth. A reduced MP could worsen nutritional parameters. A reduced MP did not seem to negatively affect bioimpedance parameters. View Full-Text
Keywords: masticatory performance; BMI; waist circumference; bioimpedance masticatory performance; BMI; waist circumference; bioimpedance
►▼ Show Figures 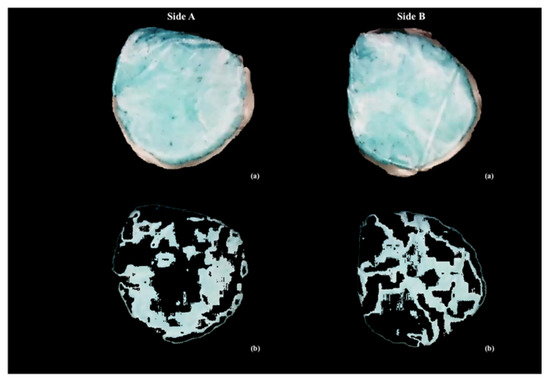