Safety and Efficacy of a New Synthetic Material Based on Monetite, Silica Gel, PS-Wallastonite, and a Hydroxyapatite Calcium Deficient: A Randomized Comparative Clinic Trial

Background and Objectives: To integrate the available published data on patients with oral lichen planus (OLP) rehabilitated with dental implants, as well as to review the recommendations for OLP patients receiving implants. Materials and Methods: An electronic search was undertaken in February 2019 using five databases. Publications reporting cases of patients with OLP and rehabilitated with implant-supported oral prosthesis were included. Results: Twenty-two publications were included (230 patients, 615 implants). The overall implant failure rate was 13.9% (85/610). In patients with oral squamous cell carcinoma (OSCC) the failure rate was 90.6% (29/32), but none of these implants lost osseointegration; instead, the implants were removed together with the tumor. One study presented a very high implant failure rate, 76.4% (42/55), in patients with “active lichen planus”, with all implants failing between 7–16 weeks after implant placement, and its conflicting and incongruent results are discussed in detail. There was a statistically significant difference between the failure rates in implants installed in different jaws (maxilla/mandible) and when implants of different surfaces were used (turned/moderately rough), but not between patients with reticular or erosive OLP types, or between male and female patients. If OSCC patients and the cases of the latter study are not considered, then the failure rate becomes very low (2.7%, 14/523). The time between implant placement and failure was 25.4 ± 32.6 months (range 1–112). The mean ± SD follow-up was 58.9 ± 26.7 months (1–180). Conclusions: When the results of the one study with a very high failure rate and of the cases that developed OSCC are not considered, the dental implant failure rate in OLP patients was 2.7% after a follow-up of approximately five years. Recommendations are given when treating OLP patients with dental implants. View Full-Text
Keywords: oral lichen planus; dental implants; osseointegration; failure; recommendations oral lichen planus; dental implants; osseointegration; failure; recommendations
►▼ Show Figures 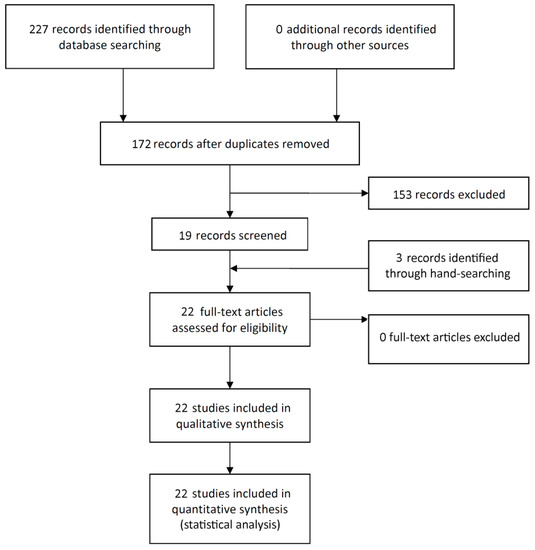