Background and objectives: tremor is an unintentional and rhythmic movement of any part of the body that is a typical symptom of Essential Tremor (ET). ET impairs the quality of life of patients and is treated with pharmacotherapy. We investigated the tremor reduction efficacy of an innovative vibrational medical device (IMD) in ET patients. Materials and Methods: we conducted a prospective, single-center, single-arm, pragmatic study in ET patients with an extended safety study to evaluate the efficacy and safety of the Vilim Ball—a local hand-arm vibration device that produces vibrations in the frequency range of 8–18 Hz and amplitude from 0 to 2 mm. The primary endpoint was the decrease in the power spectrum after device use. The secondary endpoints were safety outcomes. Results: In total, 17 patients with ET were included in the main study, and no patients withdrew from the main study. The tremor power spectrum (m2/s3 Hz) was lower after the device use, represented as the mean (standard deviation): 0.106 (0.221); median (Md) 0.009 with the interquartile range; IQR, 0.087 vs. 0.042 (0.078); Md = 0.009 with the IQR 0.012; Wilcoxon signed-rank test V = 123; and p = 0.027. Seven patients reported that vibrational therapy was not effective. Two patients reported an increase in tremor after using the device. In the extended safety study, we included 51 patients: 31 patients with ET and 20 with Parkinsonian tremor, where 48 patients reported an improvement in tremor symptoms and 49 in function. No serious adverse events were reported, while two patients in the Parkinsonian tremor group reported a lack of efficacy of the proposed medical device. Conclusions: the device reduces essential tremor in some patients and is safe to use in ET. View Full-Text
Keywords: essential tremor; local hand-arm vibration; mechanical vibration; vibrational therapy; essential tremor treatment essential tremor; local hand-arm vibration; mechanical vibration; vibrational therapy; essential tremor treatment
►▼ Show Figures 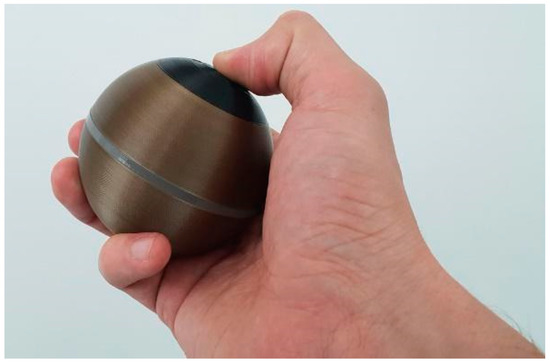