Rational Suicide in Late Life: A Systematic Review of the Literature
Previous Article in Journal

Can Anhedonia Be Considered a Suicide Risk Factor? A Review of the Literature

The Meaning in Life in Suicidal Patients: The Presence and the Search for Constructs. A Systematic Review

Background and Objectives: Research on suicidal behavior (SB) has frequently focused more on risk factors than protective factors. Since the historic works of Viktor E. Frankl, who inquired how some Nazi concentration camps prisoners maintained their will to live though confronted with pervasive absurdity, Meaning in Life (MiL) has been interpreted as a potent resiliency factor. MiL then declined along a multitude of theoretical perspectives and was associated with various functioning domains of the individual. Surprising, few studies investigated the role of MiL on SB. We aimed to review and synthetize current literature on possible associations between MiL and SB, which included suicidal ideation (SI), suicidal attempts (SA), and completed suicide, focusing on two MiL constructs (the presence of MiL and search for MiL) from the Michael F. Steger’s recent conceptualization. Material and Methods: A systematic strategy following PRISMA guidelines was used to search for relevant articles in Pubmed/MEDLINE, Scopus, PsycINFO, and ScienceDirect (January 1980–February 2019) and yielded 172 articles, 37 of which met our inclusion criteria. Results: MiL emerged as a protective factor against SI, SA, and completed suicides, directly or through mediation/moderation models with other SB-related variables. When distinguishing the presence of MiL and the search for MiL, a consensual protective impact was described for the former. Data for the latter were less consistent but rather oriented towards a non-protective impact Conclusions: These findings could have clinical repercussions for SB prevention, in both suicide risk assessment refinement and psychotherapeutic interventions. Further research is needed to examine the dynamic interplay of the two constructs. View Full-Text
Keywords: suicide; suicidal behavior; suicidal ideation; suicide attempt; meaning in life; suicide protective factors; suicide risk suicide; suicidal behavior; suicidal ideation; suicide attempt; meaning in life; suicide protective factors; suicide risk
►▼ Show Figures 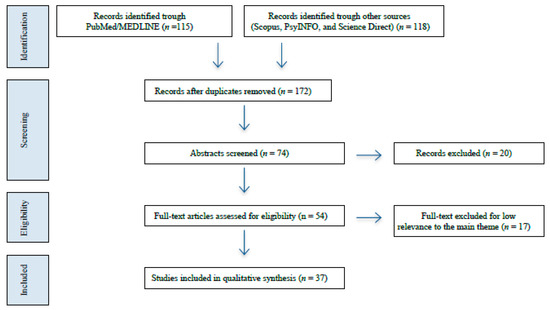 Costanza, A.; Prelati, M.; Pompili, M. The Meaning in Life in Suicidal Patients: The Presence and the Search for Constructs. A Systematic Review. Medicina 2019, 55, 465.


Costanza A, Prelati M, Pompili M. The Meaning in Life in Suicidal Patients: The Presence and the Search for Constructs. A Systematic Review. Medicina. 2019; 55(8):465.


Costanza, Alessandra; Prelati, Massimo; Pompili, Maurizio. 2019. "The Meaning in Life in Suicidal Patients: The Presence and the Search for Constructs. A Systematic Review." Medicina 55, no. 8: 465.