Background and Objectives: In Romania, the human immunodeficiency virus (HIV) epidemic is almost the same as it is in Central Europe, with some differences; particularity the following one: people with nosocomial HIV infection, also known as Romanian cohort. Aim: The study aimed to present a local view of HIV infection in the North-West part of Romania, and to identify the particularities of patients under medical care in the Cluj AIDS Center. Materials and Methods: The demographic characteristics (age and gender), and medical and epidemiological data (stage of HIV infection and mode of transmission) of patients in a medical care in the Cluj Acquired Immunodeficiency Syndrome (AIDS) Center were evaluated. Data from the first patients admitted between 1989 and 2018, and the statuses of the infected persons as per 31 December 2018 were analyzed. Results: Nine hundred and fourteen patients were included in the study. The patients’ ages varied from 0 (newborns from HIV-infected mothers) to 72 years old, and most patients were men (596 men vs. 318 women). The main mode of transmission was sexual (>50%), with an increased number of men who have sex with men (MSM) in the last years (from two cases in 2006 to thirty-four cases in 2018), and a very small percentage of intravenous drug users (IDU; <1%). The patients from the Romanian cohort were more frequently women as compared with men (p-value <0.0001), women were more frequently later presenters than men (p-value <0.0001), and the women more frequently had candidosis (p-value = 0.0372), cerebral toxoplasmosis (p-value = 0.0404), and co-infection with hepatitis B virus (p-value = 0.0018). One hundred and sixty patients died by the end of 2018 (17.5%). Sixty-eight children had been born from HIV-infected mothers, and 17 were HIV infected (25%). Conclusion: The main mode of HIV transmission in our sample was sexual, with an increased number of MSM over the last years and a low number of cases of intravenous drug users. A quarter of children borne from HIV-infected mothers were HIV infected. View Full-Text
Keywords: human immunodeficiency virus (HIV); local view; particularities human immunodeficiency virus (HIV); local view; particularities
►▼ Show Figures 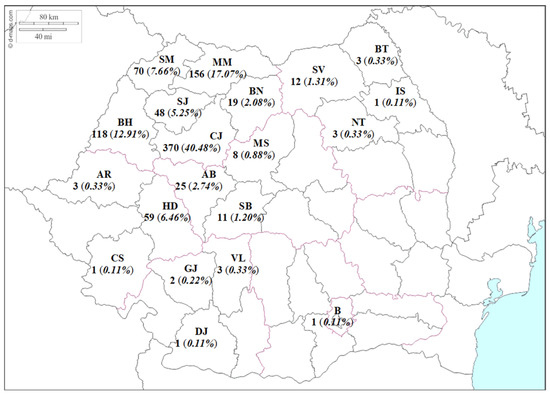